Use the most powerful e signature software for free. 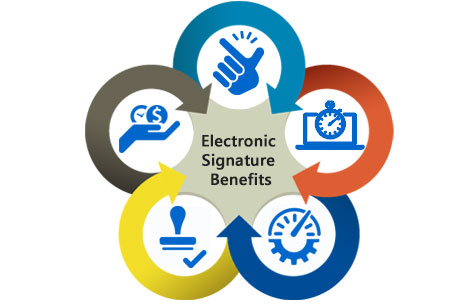 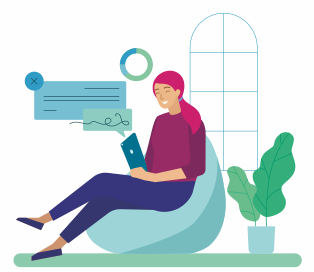 Upload your document, create a template, and personalize it.

Add recipients and send for eSignature

Get document eSigned by multiple parties.

Save, send, and archive tamper-proof document. 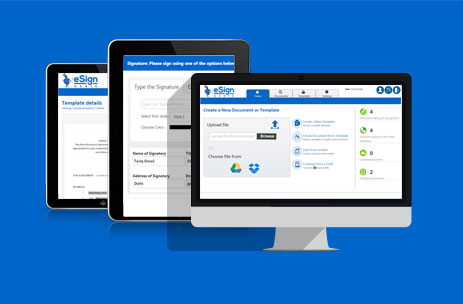 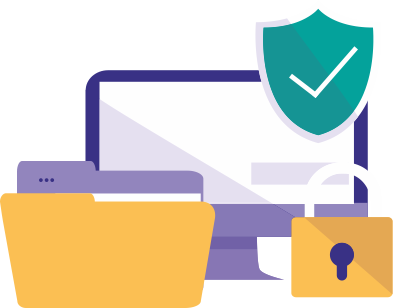 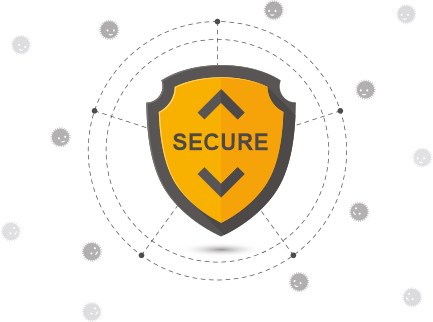 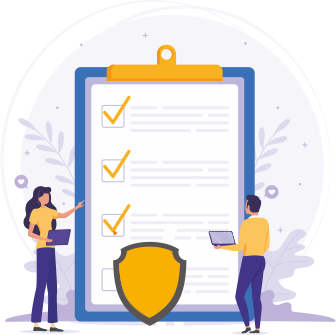 What is electronic signature?

Electronic signature, virtual signature or e-signature is a legally enforceable and a valid way to obtain the intent to sign on any electronic records or documents.

Here are some definitions as per the ESign Act:

– The term “electronic agent” means a computer program or an electronic or other automated means used independently to initiate an action to respond to electronic records or performances in whole or in part without review or action by an individual at the time or the action or response.

– The term “electronic record” means a contract or other record created, generated, sent, communicated, received, or stored by electronic means.

– The term “electronic signature” means an electronic sound, symbol, or process, attached to or logically associated with a contract or other record and executed or adopted by a person with the intent to sign the record.

Electronic document signing has been enacted legally as equivalent to handwritten signature or wet-ink signatures in the US by the ESign Act of 2000 (US Federal Law), UETA and other regulation, Canada by PIPEDA law, European Union by eIDAS regulation (European Union), UK by Electronic Communications Act 2000 (UK) and other similar laws in a whole host of countries around the world.

While virtual signatures consist of simply entering the name during signing online (which still needs to be captured with additional information associated with the e signatures), it is widely supplemented by digital signatures which adds non-repudiation and tamper-proofing element to any electronic signatures making them highly secured. Please read more about the Electronic Signatures vs. Digital Signatures non-technical blog to clarify the difference between the two forms of signatures.

Yes. Both European and U.S laws have long acknowledged that e signature solutions are permissible in legal proceedings to establish the identity of any electronic statement in which they are incorporated. Here are two major laws that make virtual signatures in the USA  legally binding.

The Electronic Signatures in Global and National Commerce (E-SIGN) Act –

This act granted e-signs the same legal weight as handwritten signatures throughout the United States, greatly speeding up and simplifying how organizations assemble, track, and manage signatures on documents of all kinds. A good e-signature solution according to the ESIGN Act, should meet the following requirements;

– This act has been welcomed by 47 states, Puerto Rico, U.S Virgin Islands and the District of Colombia. However, three states – New York, Washington, and Illinois – have not adopted UETA, though they have designed their own statutes relating to electronic signatures.

What is the difference between electronic signature and digital signature?

Many people use these two terms interchangeably, but in reality, a digital signature is not equivalent to an electronic signature.

A digital signature, on the other hand, contains an algorithm that encodes the signature to produce a unique signature certificate. It is a technique of encrypting a document, with undetectable digital codes, making it virtually impossible to alter or duplicate it.

Can all types of documents be signed using electronic signatures legally?

Since E-SIGN and UETA Acts are meant to be used for commercial transactions, several types of documents – particularly governmental and legal type document – are not covered. For instance, trust and wills should be signed manually. Additionally, court documents; family law matters such as adoptions, divorces or marriages; or notices of termination like utility cutoffs, insurance cancellations, and evictions normally must involve paper documents.

Most importantly, although E-SIGN and EUTA apply to commercial transactions relating to contract and sales, it does not apply to bank deposits and collections, warehouse receipts, bank deposits, letters of credit, investment securities or transactions concerning a security interest.

High-level regulation in regards to the legality of Electronic Signatures in the US, UK, Europe, Canada, Australia, etc

E signature solutions are broadly accepted and employed in common law countries such as Canada, Australia, United Kingdom, and the United States. The legal focus is greatly on the circumstances and facts surrounding the event of signing and not the technological approach used.

Of the many countries which have endorsed electronic signature legislation, some have adopted acts, policies, and laws that stand out for their diligence and inclusivity. These include:

– The E-sign Act, enacted in June 2000 was the United State’s first key federal law which guarantees the legality of documents signed with e-signature.

– This act, which has been adopted by 47 states so far, aimed at bringing uniformity to various state laws in regards to online document archiving and e signatures.

– Better known as PIPEDA, this act was intended to encourage e-commerce by boosting consumer’s trust in dealing with businesses.

– This act provides a regulatory structure that allows the use of electronic transactions and makes sure that no document will be rejected simply because it was electronically completed.

– The EU directive is akin to the U.S ESIGN Act, in the sense that, it offers protection for consumers and businesses which agree to carry out business online using digital documents and e signatures. The European Union in 2014 repealed the 199/93/EC directive, with the aim of crafting a more standardized pan-EU market for electronic transactions.

– This act ensures the legal acceptability of eSignatures regarding electronic communications, encryption, and data storage England, Wales and Scotland residents.

Rest of the world

– All over the world, more than 60 countries have drafted their own laws and regulations in regards to digital transactions and e signatures. In short, the number of countries which have some kind of legislation regarding electronic signatures is continuing to increase every year.

What is digital transaction management (DTM)?

The Industry standard for Digital Transaction Management is called DTM, and it has clear requirements for security, privacy, scalability, availability, universality, compliance, and openness. DTM requires industry experts to craft and employ best practices for practitioners in various fields, from lawyers to doctors to government workers.

Where are esignatures used?

Since their legal effects match the ones of typical handwritten signatures, e signs can be utilized in various situations such as:

What is PKI (Public Key Infrastructure)?

Public Key Infrastructure (PKI) technology is a form of technology which ensures virtual signatures are non-forgeable.

In a PKI system, each electronic signature transaction consists of a private key and a public key. While the public key is easily accessible and available to those who need to authenticate the signer’s online signature, the corresponding private key is confidential and is only available to the person signing the documents online.

What are the key differences between “simple,” “advanced,” and qualified electronic signatures?

– According to eIDAS, a simple e-sign is a form of electronic signature that is technology-neutral. This implies that any electronic method of authentication is generally accepted. As a result, something as straightforward as scripting your name under an email may constitute an electronic signature.

– An e signature is deemed to be advanced if it conforms to a number of requirements. First, it must provide unique identifying information that associates it to its signatory. Secondly, it must be generated in a manner that allows the participant to retain control. Lastly, an advanced e-sign must be linked to the signed document in a manner that any subsequent alteration of the data is evident.

Must my e-signature match my handwritten signature?

No. Electronic signatures do not have to match your handwritten signatures. Whether you use your computer mouse to make a signature or prefer scripting your full name or initials, any mark or symbol you make is legally valid.

Can a document be changed or altered once it has been signed online?

No. A document once electronically signed is usually stored, encrypted and backed up on secure servers. After someone signs a document online, they cannot add fields or alter their signature.

Can I cancel a document when it has already been issued for signing?

Yes. You can do so unless it has been completely signed by all parties. When signed, documents create a binding contract and therefore cannot just be canceled without agreement from the signatories.