Here at Foxit eSign, safety and security are our top priority. We take the business of keeping your important and sensitive documents secure seriously, which is why we have implemented stringent security protocols and safeguards such as dynamic encryption and SOC 2 Type 2 auditing and compliance.

But what about keeping your data safe outside of using Foxit eSign? Unfortunately, hacking attempts are on the rise. According to Forbes, “The year 2020 broke all records when it came to data lost in breaches and sheer numbers of cyber-attacks on companies, government, and individuals.” According to reports, out of the reported hacking attempts, an astonishing 80% are phishing scams and there are over 2,145,013 phishing websites reported as of January of 2021.

Maintaining awareness and vigilance with keeping data and documents safe from hacking attempts is crucial. The world of digital security is constantly evolving to keep up with a steady stream of new cybersecurity attacks, but it’s also vital that individuals and companies are in the know to prevent data theft and exploitation.

Essentially, phishing is when cyber attackers will use assorted tricks and methods to trick their victims into providing or revealing confidential information such as data, documents, passwords, and payment information.

A variety of different phishing techniques are used by hackers, many of them psychological. Attempts involving offering things for free, making threats or issuing urgent demands, pretending to need help, and other similar actions are very common in phishing scams.

There are several different types of phishing techniques commonly used by cyber attackers:

This type of phishing targets senior business executives in an attempt to access high-level data and information.

Email phishing is generally seen as the most common form of phishing. In this form, hackers will create emails impersonating a company widely used by individuals and attempt to steal information by feigning urgency and sometimes implementing malicious links. These emails will often be sent en masse to unsuspecting individuals whose information has been compiled on large lists, often through the dark web.

Spear phishing often occurs in business due to its attempt to target specific employees through contacting its employees directly. In these attempts, the hacker will pretend to know the employee and request valuable company information or provide a malicious link to steal information once clicked.

Clone phishing is the act of replicating a legitimate email and sending it to the recipient shortly after they receive the real email. In this case, hackers will often pretend a second email was sent due to some issue with the first email and then request sensitive information or provide malicious links.

Vishing, or voice phishing, is conducted by phone. In vishing attacks, cyber hackers will pretend to be an institution of authority, such as the police or the IRS, or will sometimes act as a debt collection agency in an attempt to obtain social security numbers and payment information.

Unfortunately, search engine phishing happens by the hackers registering and indexing their websites with search engines and then seeking to woo shoppers with amazing sales before then stealing their payment and banking information.

Smishing attacks are conducted through text messages and often involve pretending to be a certain legitimate business asking for payment information or providing malicious links disguised as sales or coupons.

This type of phishing occurs when hackers gain access to a CEO’s or executive’s email and then sends out emails from that account to company employees with the intent of obtaining access to bank accounts or initiating wire transfers through the use of false invoices or malicious links.

Evil twin phishing is conducted through false WIFI networks that once connected can lure unsuspecting individuals to false websites in an attempt to steal information.

By creating fake social media accounts, hackers can steal data and information from other users through the use of malicious links or by impersonating someone or a company that the user may trust and provide information to more easily. 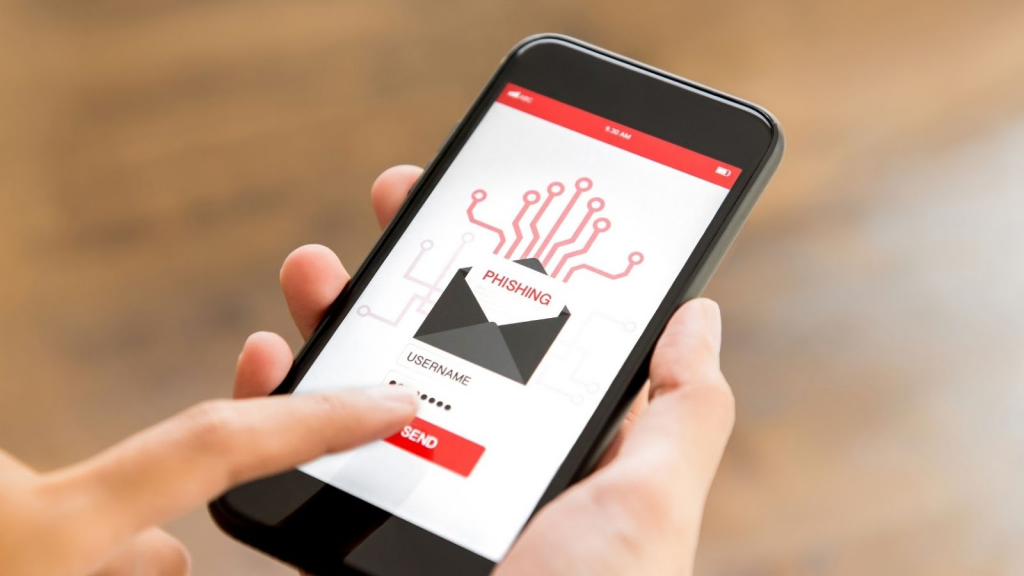 While cybersecurity threats are all around us, there are certain steps that employees and individuals can take to prevent becoming a victim of a phishing attack.

If you ever receive a suspicious email claiming to be from Foxit eSign, please report it to info@esigngenie.com

Security is our top priority at Foxit eSign. Visit our Security Center to learn more about how we keep your documents secure.

Ask These Questions Before Proceeding

Not only does Foxit eSign work 24/7 behind the scenes to protect your data, but we also offer important security features like two-factor authorization (2FA) to help our users thwart cybersecurity issues like phishing scams. Speak to an Foxit eSign expert today to find out more.

Foxit eSign works 24/7 behind the scenes to protect your data. We also offer important security features like two-factor authorization (2FA) to help our users thwart cybersecurity issues like phishing scams.

Speak to Us for More Info
5
eSignature security